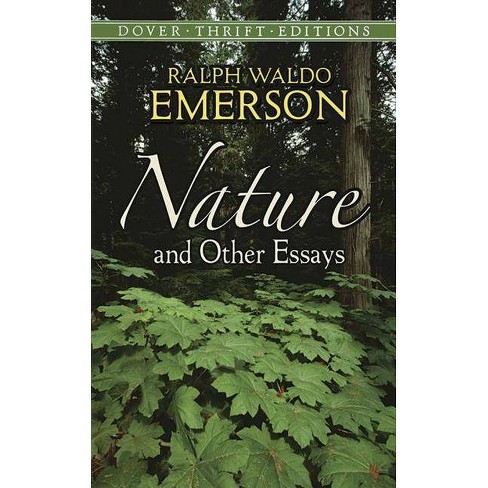 A soul-satisfying collection of 12 essays by the noted philosopher and poet who embraced independence, rejected conformity, and loved nature. Includes the title essay, plus Character, Intellect, Spiritual Laws, Circles, and others.

He was an ordained minister, renowned orator, and beloved author and poet whose ideas on nature, philosophy, and religion influenced authors such as Henry David Thoreau and Walt Whitman. Through his writings, Emerson ardently professed the importance of being an individual, resisting the comfort of conformity, and creating an art of living in harmony with nature. This soul-satisfying anthology of twelve favorite essays is a treasure.
In the title essay, Emerson writes about the extraordinary power of nature as a way of bringing the divine into our lives. In Gifts, he reminds us that flowers and gold may be acceptable to those we love, but the only gift is a portion of thyself. Spiritual Laws points out that because a higher law than our own rules the world, there is no need for struggle. Other essays include Character, Prudence, Intellect, Love, Beauty, The American Scholar address and others. Readers of all ages will want to keep this volume on hand to inspire and refresh the spirit

Ralph Waldo Emerson (1803-82) was renowned as a lecturer and author. His ideas on nature, philosophy, religion, and literature influenced many other writers, including Henry David Thoreau and Walt Whitman.
If the item details above aren’t accurate or complete, we want to know about it. Report incorrect product info.