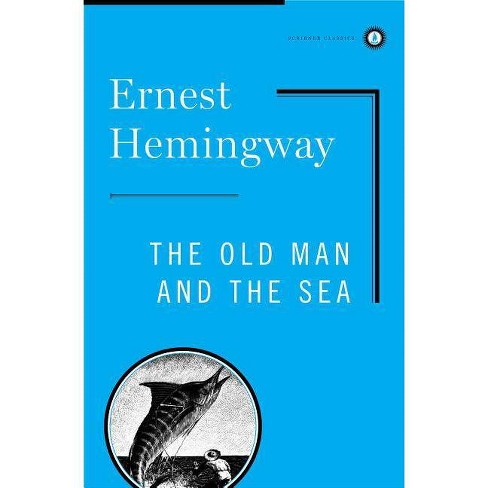 A Scribner Classics Edition Told in his famed powerful and minimalist prose, this story of courage and personal triumph remains one of Ernest Hemingway's most enduring works. The Old Man and the Sea is one of Hemingway's most enduring works. Told in language of great simplicity and power, the story of an old Cuban fisherman, down on his luck, and his supreme ordeal--a relentless, agonizing battle with a giant marlin far out in the Gulf Stream, on the water for months without a catch, but refusing to stop trying. Here Hemingway recasts, in strikingly contemporary style, the timeless theme of courage and commitment in the face of defeat, of personal triumph won from loss. Written in 1952, this hugely successful novella confirmed his talent and presence in the literary world and played a large part in his winning the 1954 Nobel Prize for Literature.

The last novel Ernest Hemingway saw published, The Old Man and the Sea has proved itself to be one of the enduring works of American fiction. It is the story of an old Cuban fisherman and his supreme ordeal: a relentless, agonizing battle with a giant marlin far out in the Gulf Stream. Using the simple, powerful language of a fable, Hemingway takes the timeless themes of courage in the face of defeat and personal triumph won from loss and transforms them into a magnificent twentieth-century classic.

Ernest Hemingway did more to influence the style of English prose than any other writer of his time. He has been called "the most important author since Shakespeare," by John O'Hara in The New York Times Book Review. The publication of The Sun Also Rises and A Farewell to Arms immediately established him as one of the greatest literary lights of the 20th century. His classic novella The Old Man and the Sea won the Pulitzer Prize in 1953. Hemingway was also awarded the Nobel Prize for Literature in 1954. His life and accomplishments are explored in-depth in the PBS documentary film from Ken Burns and Lynn Novick, Hemingway. He died in 1961.
If the item details above aren’t accurate or complete, we want to know about it.

Q: What are the dimensions of this book in inches

submitted by Jgripple - 1 year ago
See all questions (1)

Lord of the Flies - by William Golding (Paperback)

Old Man and the Sea - by Ernest Hemingway (Paperback)

Old Man and the Sea - by Ernest Hemingway (Paperback)

A Farewell to Arms - (Hemingway Library Edition) by Ernest Hemingway