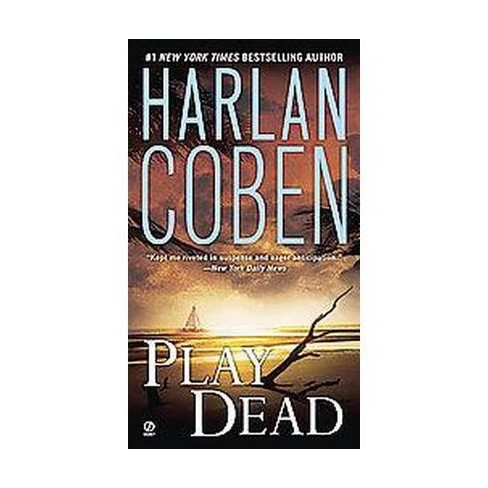 $8.49
undefined out of 5 stars with 0 reviews
be the first!be the first! ratings
Help us improve this page

The worlds of celebrity and sports are brilliantly dissected and turned upside down in the debut thriller from the bestselling author and creator of the hit Netflix drama The Stranger. Theirs was a marriage made in tabloid heaven, but no sooner had supermodel Laura Ayars and Celtics star David Baskin said "I do" than tragedy struck. While honeymooning on Australia's Great Barrier Reef, David went out for a swim--and never returned. Now widowed and grieving, Laura has a thousand questions and no answers. Her search for the truth will draw her into a web of lies and deception that stretches back thirty years--while on the court at Boston Garden, a rookie phenom makes his spectacular debut...

"Coben...keeps the reader off balance with innovative story lines and diabolical bad guys."--People "Truly surprising."--Entertaiment Weekly "Kept me riveted in suspense and eager anticipation."--New York Daily News More Praise for Harlan Coben "Coben is one of the best authors around at writing page-turning suspense...He has a knack for hooking readers right away and holding their interest as they zoom through his plots."--Chicago Sun-Times "Nobody writes them better than Coben."--Associated Press "What Coben does best is take readers into his characters' hearts and minds."--USA Today "Every time you think Harlan Coben couldn't get any better at uncoiling a whipsnake of a page-turner, he comes along with a new novel that somehow surpasses its predecessor."--The San Francisco Chronicle "Coben is the undisputed modern master of the suburban thriller."--The Philadelphia Inquirer

With more than seventy million books in print worldwide, Harlan Coben is the #1 New York Times bestselling author of thirty novels, including the Myron Bolitar series and a series aimed at young adults featuring Myron's newphew, Mickey Bolitar. His books are published in forty-three languages around the globe and have been number one bestsellers in more than a dozen countries. The winner of the Edgar, Shamus, and Anthony Awards, he lives in New Jersey.
If the item details above aren’t accurate or complete, we want to know about it. Report incorrect product info.