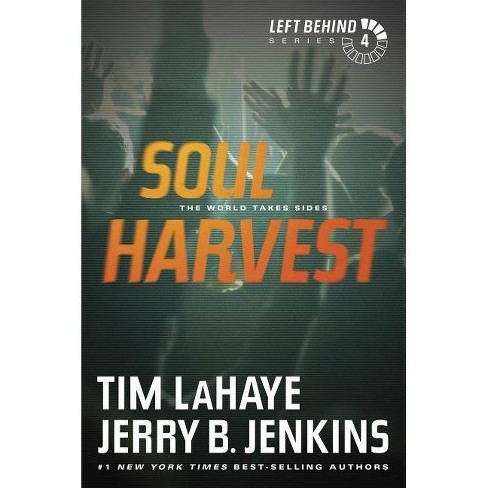 The spine-tingling sequel to "Nicolae" opens immediately after a devastating earthquake that has wreaked havoc on those left behind. Rayford Steele and Buck Williams frantically search for their loved ones among the survivors, while Antichrist Nicolae Carpathia rages against a sweeping evangelistic campaign.

Book 4 in the 12-book series that has sold over 63 million copies!

Soul Harvest: The World Takes Sides
The world is reeling from a great earthquake. As Nicolae Carpathia begins a worldwide rebuilding campaign, his rage is fueled by an evangelistic effort resulting in the greatest harvest of souls the world has ever seen. Meanwhile, Rayford Steele and Buck Williams search for their loved ones who haven't been seen since before the earthquake.

The Tribulation Force undergoes brutal trials as they work to subvert the demonic schemes of the Antichrist. After an earthquake wipes out a quarter of the world's population, Rayford Steele searches frantically for his wife. What he finds drives him to murderous madness.

Buck Williams rescues as many Trib Force members as he can--including his wife, Chloe--as new believers join the Force. But can the newcomers be trusted?

Soul Harvest is #4 in the phenomenal New York Times best-selling Left Behind series that rocked the publishing world and made millions think seriously about the future and their places in it.