The Complete Calvin and Hobbes - by Bill Watterson 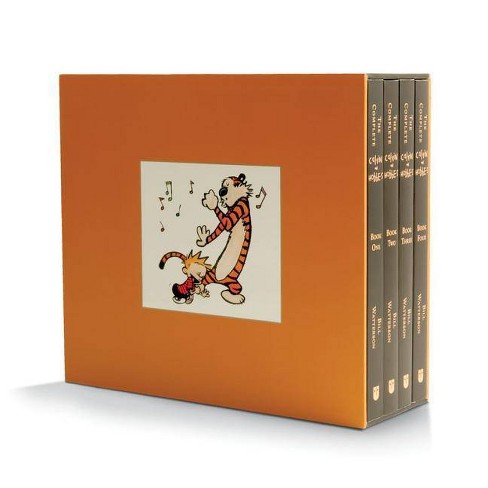 Brings together every "Calvin and Hobbes" cartoon that has ever appeared in syndication, along with stories and poems from classic collections.

"A student of comics, Watterson drew from an eclectic set of influences...The result was a strip that was vibrant, accessible, and beautiful." (Jake Rossen, Mental Floss)

"At some level, all American childhoods are the same, which probably explains our lasting love affair with Calvin and Hobbes." (Timothy R. Smith, The Washington Post)

"Bill Watterson's 'Calvin and Hobbes, ' easily one of the most beloved comic strips of all time..." (Bryan Hood, New York Post)

Bill Watterson is the creator of "Calvin and Hobbes," one of the most popular and well-regarded cartoon strips of the twentieth century. "Calvin and Hobbes" appeared in newspapers from November 1985 until Watterson's retirement in 1996.
Online:
gocomics.com/calvinandhobbes/
If the item details above aren’t accurate or complete, we want to know about it. Report incorrect product info.