The Girl in the White Van - by April Henry (Paperback) 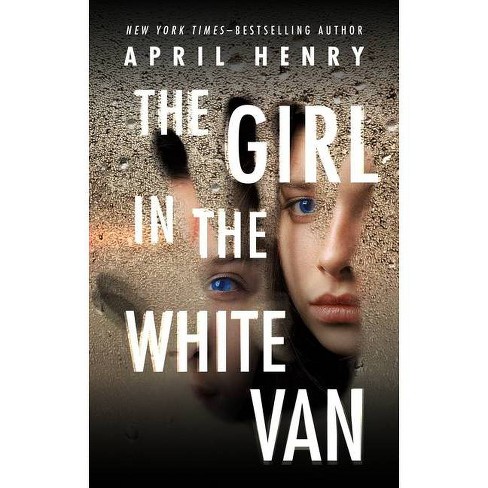 A teen is snatched outside her kung fu class and must figure out how to escape--and rescue another kidnapped victim--in The Girl in the White Van, a chilling YA mystery by New York Times bestselling author April Henry.

When Savannah disappears soon after arguing with her mom's boyfriend, everyone assumes she's run away. The truth is much worse. She's been kidnapped by a man in a white van who locks her in an old trailer home, far from prying eyes. And worse yet, Savannah's not alone: ten months earlier, Jenny met the same fate and nearly died trying to escape. Now as the two girls wonder if he will hold them captive forever or kill them, they must join forces to break out--even if it means they die trying. Christy Ottaviano Books

With a relentless pace, this thrill-ride of a book will absolutely satisfy readers looking for pulse-quickening action and smart, resilient heroes. --Booklist

This tight, fast-paced thriller [is] ideal for striving readers, particularly those who favor adventure or survival stories. Sure to satisfy fans of Courtney Summers and Caroline B. Cooney, this book is a solid purchase for libraries with widely circulating thriller collections. --School Library Journal

April Henry is the New York Times-bestselling author of many acclaimed mysteries for adults and young adults, including the YA novels Girl, Stolen; The Night She Disappeared; The Girl Who Was Supposed to Die; The Girl I Used to Be, which was nominated for an Edgar Award; Count All Her Bones; The Lonely Dead; Run, Hide, Fight Back; and Body in the Woods and Blood Will Tell, Books One and Two in the Point Last Seen series. She lives in Oregon.
If the item details above aren’t accurate or complete, we want to know about it. Report incorrect product info.

Get it by Tue, Aug 24 with Express Shipping
Get it by from Wed, Aug 25 - Mon, Aug 30 with free Standard Shipping