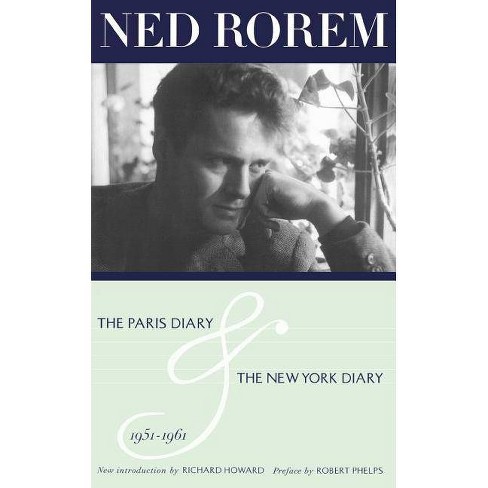 $17.99
MSRP$19.99
0 out of 5 stars with 0 reviews
be the first!be the first! ratings
Shipping
Free standard shipping with RedCard
Help us improve this page

When The Paris Diary exploded on the scene in 1966 there had never been a book in English quite like it: Its intimate combination of personal, literary, and social insights was unprecedented. Rorem's self-portrait of the artist as a young man, written between 1951 and 1955, was also a mirror of the times, depicting the now vanished milieu of Cocteau, Eluard, Gide, Landowska, Boulez, the Vicomtesse de Noailles, and others whose paths crossed with Rorem's in such settings as Paris, Morocco, and Italy. The New York Diary, published the following year, pictured the period between 1956 and 1960, when Rorem had returned to America. The diaries marked the beginnings of Gay Liberation, not because Rorem made a special issue of his sexuality, but because he did not; rather, he wrote of his affairs frankly and unashamedly. A casualness informs each sensual entry, and the overall tone is at once bratty and brilliant, insecure and vain, loving and cultured, but, above all, honest and entertaining.
If the item details above aren’t accurate or complete, we want to know about it. Report incorrect product info.