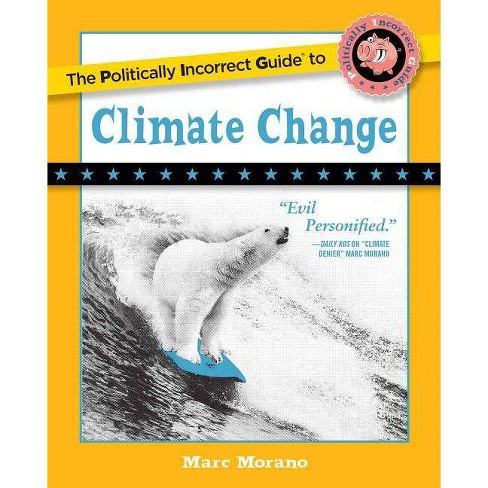 Presents statistics, real-life stories, and incontrovertible evidence about the climate change and the controversy surrounding the issue.

*Updated to include new section on the Green New Deal!* "The climate scare ends with this book." --SEAN HANNITY "This book arms every citizen with a comprehensive dossier on just how science, economics, and politics have been distorted and corrupted in the name of saving the planet." --MARK LEVIN Less freedom. More regulation. Higher costs. Make no mistake: those are the surefire consequences of the modern global warming campaign waged by political and cultural elites, who have long ago abandoned fact-based science for dramatic fearmongering in order to push increased central planning. The Politically Incorrect Guide to Climate Change gives a voice -- backed by statistics, real-life stories, and incontrovertible evidence -- to the millions of "deplorable" Americans skeptical about the multibillion dollar "climate change" complex, whose claims have time and time again been proven wrong.

MARC MORANO is a former senior staff member of the Senate Environment and Public Works Committee, publisher of ClimateDepot.com, author of The Politically Incorrect Guide to Climate Change, and producer of Climate Hustle (2016) and Climate Hustle 2: Rise of the Climate Monarchy (2020).
If the item details above aren’t accurate or complete, we want to know about it. Report incorrect product info.