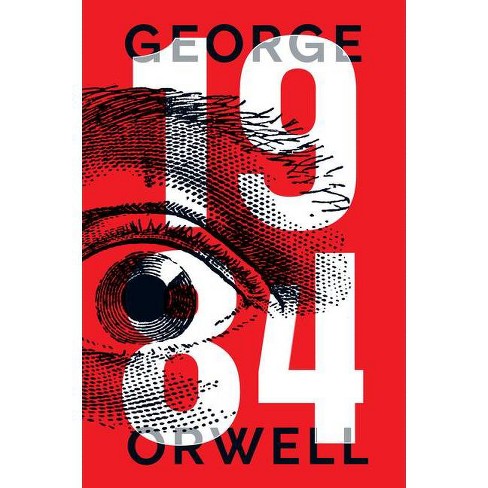 "This is an authorized reprint of a hardcover edition published by Harcourt Brace and Company"--Title page verso.

Written more than 70 years ago, 1984 was George Orwell's chilling prophecy about the future. And while 1984 has come and gone, his dystopian vision of a government that will do anything to control the narrative is timelier than ever... - Nominated as one of America's best-loved novels by PBS's The Great American Read -

"The Party told you to reject the evidence of your eyes and ears. It was their final, most essential command." Winston Smith toes the Party line, rewriting history to satisfy the demands of the Ministry of Truth. With each lie he writes, Winston grows to hate the Party that seeks power for its own sake and persecutes those who dare to commit thoughtcrimes. But as he starts to think for himself, Winston can't escape the fact that Big Brother is always watching... A startling and haunting novel, 1984 creates an imaginary world that is completely convincing from start to finish. No one can deny the novel's hold on the imaginations of whole generations, or the power of its admonitions--a power that seems to grow, not lessen, with the passage of time.

George Orwell (pseudonym for Eric Blair [1903-50]) was born in Bengal and educated at Eton; after service with the Indian Imperial Police in Burma, he returned to Europe to earn his living penning novels and essays. He was essentially a political writer who focused his attention on his own times, a man of intense feelings and intense hates. An opponent of totalitarianism, he served in the Loyalist forces in the Spanish Civil War. Besides his classic Animal Farm, his works include a novel based on his experiences as a colonial policeman, Burmese Days, two firsthand studies of poverty, Down and Out in Paris and London and The Road to Wigan Pier, an account of his experiences in the Spanish Civil War, Homage to Catalonia; and the extraordinary novel of political prophecy whose title became part of our language, 1984.
If the item details above aren’t accurate or complete, we want to know about it. Report incorrect product info.