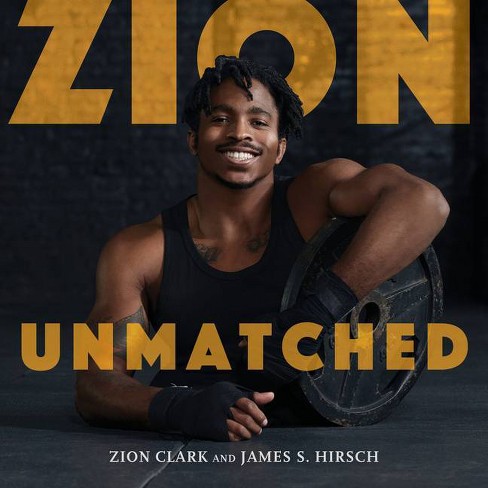 An extraordinary, deeply inspirational photo essay traces the path of wrestler and wheelchair racer Zion Clark to become the first American man to compete in both the Olympics and Paralympics. This stunning photographic essay showcases Zion Clark's ferocious athleticism and undaunted spirit. It features striking, visually arresting images and an approachable and engaging text cowritten by New York Times best-selling journalist James S. Hirsch, including pieces of advice that have motivated Zion toward excellence and passages from Zion himself. The book explores Zion's journey from a childhood lost in the foster care system to his hard-fought rise as a high school wrestler to his current rigorous training to prepare as an elite athlete on the world stage. Included are a biography and a note from Zion. This first in a trilogy of books to be written by Zion Clark, subject of an award-winning Netflix short documentary, focuses on his quest for Olympic and Paralympic gold and is publishing in time for the 2021 Tokyo Olympic and Paralympic games.

"Zion inspires you to go against your fears. If you have any fears, just continue, because if Zion can do it, so can you."
- Anderson Silva, mixed martial arts champion who holds the longest title reign in Ultimate Fighting Championship history

Zion Clark is an elite athlete, motivational speaker, and entrepreneur. He is working to be the first person to ever compete in both the Olympic and Paralympic games in wrestling and wheelchair racing, respectively. Zion Clark lives in Los Angeles, CA. James S. Hirsch is a New York Times best-selling author of several books, including Hurricane: The Miraculous Journey of Rubin Carter, as well as Riot and Remembrance: The Tulsa Race Massacre and Its Legacy and Willie Mays: The Life, the Legend. He lives outside of Boston.
If the item details above aren’t accurate or complete, we want to know about it. Report incorrect product info.