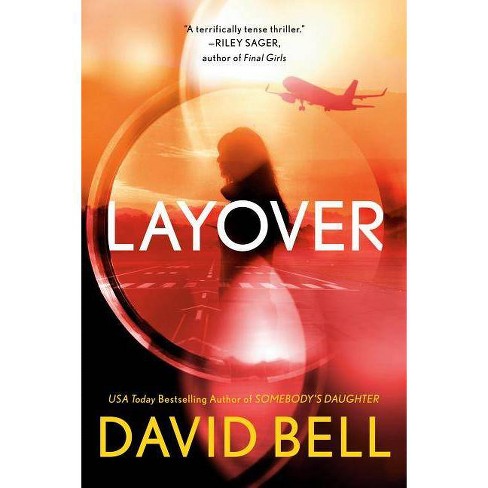 "In this high-concept psychological suspense novel from the USA Today bestselling author of Somebody's Daughter, a chance meeting with a woman in an airport sends a man on a pulse-pounding quest for the truth.... Joshua Fields takes the same flights every week for work. His life is a series of departures, arrivals, and airports. But during yet another layover, Joshua meets Morgan, a beautiful stranger with whom he feels an immediate connection. When it's time for their flights, Morgan kissess him, leaves, and laments that she'll never see him again. Joshua makes the impulsive decision to follow her, and buys a ticket for her flight. He's surprised to discover that she has been reported as missing. On the plane, Morgan is a completely different person, their connection seemingly gone. Once they're back on the ground, she slips away. Joshua makes a second impulsive decision and sets out to find her himself. What follows is a whirlwind, fast-paced journey, filled with lies, deceit, and secrets, to discover the truth about why Morgan is on the run. But with every mystery solved, another rears its head, and Joshua's worst enemy may be his own assumptions about those around him..."--

In this high concept psychological suspense novel from the USA Today bestselling author of Somebody's Daughter, a chance meeting with a woman in an airport sends a man on a pulse-pounding quest for the truth. Joshua Fields takes the same flights every week for work, his life a series of departures and arrivals, hotels and airports. During yet another layover, he meets Morgan, a beautiful stranger with whom he feels an immediate connection. When it's time for their respective flights, Morgan kisses Joshua passionately, lamenting that they'll never see each other again. As soon as Morgan disappears in the crowd, Joshua is shocked to see her face on a nearby TV. The reason: Morgan is a missing person. What follows is a whirlwind, fast-paced journey filled with lies, deceit, and secrets as Joshua tries to discover why Morgan has vanished from her own life. Every time he thinks one mystery is solved, another rears its head--and his worst enemy might be his own assumptions about those around him.

Praise for Layover "A terrifically tense thriller with a femme fatale who will keep you guessing until the very end. The perfect airplane read!"--Riley Sager, New York Times bestselling author of Lock Every Door "David Bell is a top-notch storyteller and Layover is his best book yet. I flew through this twisty, riveting psychological thriller at breakneck speed, hooked from the first page right up through the book's breathless conclusion."--Cristina Alger, New York Times bestselling author of Girls Like Us

"David Bell takes what could have been a fleeting moment between strangers to tell a whirlwind story about secrets, regrets, and sacrifice. Layover is a deliciously infectious thriller."--Alafair Burke, New York Times bestselling author of The Wife

"Heart-pounding, original, and addictive."--Bookstr "Readers will find themselves thoroughly immersed in this riveting thriller....both compelling and surprising."--Booklist

"[A] fast-paced thriller....Bell keeps the reader guessing whodunit until the end."--Publishers Weekly

"[A] canny new thriller....Those seeking an intelligent, believable thriller that plays intriguing tricks with the formula of the gullible man and conniving woman won't be disappointed."--The Columbus Dispatch
"In the hands of a master of suspense like Bell, a chance flirtation at an airport leads to a fast-paced novel filled with turbulence. Make sure your belt is fastened and enjoy!"--Kaira Rouda, USA Today bestselling author of Best Day Ever "Layover opens on an ingenious setup: a chance, romantic meeting in an airport with a woman who turns out to be missing. Bell starts with a bang then dials up the suspense to full-throttle, lobbing twist after twist....Smart and highly addictive."--Kimberly Belle, national bestselling author of The Marriage Lie

"A killer premise kicks off David Bell's twisty, breakneck thriller, and has you tearing through the pages to a shattering finale."--Louise Candlish, international bestselling author of Our House

David Bell is a USA Today bestselling and award-winning author whose work has been translated into multiple foreign languages. He's currently a professor of English at Western Kentucky University in Bowling Green, Kentucky, where he directs the MFA program.
If the item details above aren’t accurate or complete, we want to know about it.

The Adventures of Captain Underpants (Reprint) (Hardcover) by Dav Pilkey

I Know What I Saw - by Linda S Godfrey (Paperback)

5 out of 5 stars
Would recommend
Gabby B - 2 years ago
My FAVORITE book! I couldn’t put it down, it always kept me wanting more. The twists and turns were just right and I loved following along to find out the ending!
1 guest found this review helpful. Did you?