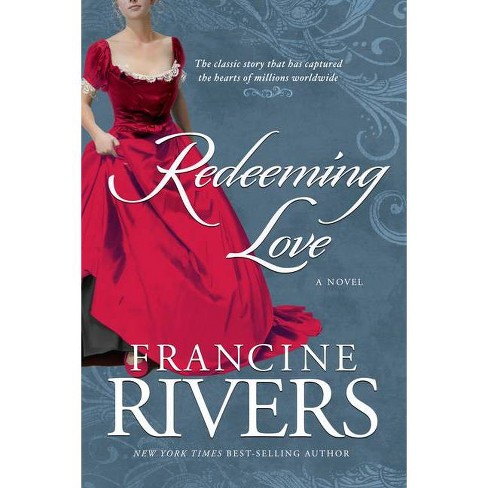 Rivers skillfully retells the biblical love story of Gomer and Hosea as a tale set against the romantic backdrop of the California Gold Rush. Readers have purchased more than 500,000 volumes of this timeless love story--now with a Bible study included.

PUBLISHERS WEEKLY BESTSELLER - ECPA BESTSELLER - A story of love that won't let go--no matter what! California's gold country, 1850. A time when men sold their souls for a bag of gold and women sold their bodies for a place to sleep. Angel expects nothing from men but betrayal. Sold into prostitution as a child, she survives by keeping her hatred alive. And what she hates most are the men who use her, leaving her empty and dead inside. Then she meets Michael Hosea, a man who seeks his Father's heart in everything. Michael obeys God's call to marry Angel and to love her unconditionally. Slowly, day by day, he defies Angel's every bitter expectation, until despite her resistance, her frozen heart begins to thaw. But with her unexpected softening comes overwhelming feelings of unworthiness and fear. And so Angel runs. Back to the darkness, away from her husband's pursuing love, terrified of the truth she no longer can deny: Her final healing must come from the One who loves her even more than Michael does...the One who will never let her go. A powerful retelling of the story of Gomer and Hosea, Redeeming Love is a life-changing story of God's unconditional, redemptive, all-consuming love. Includes a six-part reading group guide!

CBA bestseller
Washington Post bestseller The truth that ran through that story [Redeeming Love] absolutely took me to my knees. And I was a changed person when I finished reading that book.
- Amy Grant, Grammy Award-winning singer/songwriter A splendid piece of work exploring both physical love and a love of God...There is not one false note in this wonderful novel.
- Library Journal Simply put, Redeeming Love is the most powerful work of fiction you will ever read.
- Liz Curtis Higgs, best-selling author of Thorn in My Heart The timeless biblical themes...are beautifully portrayed and brought to life through her unforgettable characters.
- Stephen Arterburn, best-selling author of The Everyman Series My heart and soul were profoundly shaken as I realized anew the lessons portrayed through the stories of Hosea and Gomer, Michael and Angel. This may be the single most moving book you will read this year - or in your lifetime.
- Angela Hunt, author of Magdalene "Redeeming Love is an excellent allegory of God's devotion and power of His persistent love."--The Daily Sentinel "A masterful, unique writing achievement.This is a thought-provoking novel that you will not easily forget."--Romantic Times Bookclub

From 1976 to 1985, Francine Rivers had a successful writing career in the general market, and her books were awarded or nominated for numerous awards and prizes. Although raised in a religious home, Francine did not truly encounter Christ until later in life, when she was already a wife, mother of three, and an established romance novelist. Shortly after becoming a born-again Christian in 1986, Francine wrote Redeeming Love as her statement of faith. This retelling of the biblical story of Gomer and Hosea set during the time of the California Gold Rush is now considered by many to be a classic work of Christian fiction. Redeeming Love continues to be one of the Christian Booksellers Association's top-selling titles, and it has held a spot on the Christian bestsellers list for nearly a decade. Since Redeeming Love, Francine has published numerous novels with Christian themes--all bestsellers--and she has continued to win both industry acclaim and reader loyalty around the globe. Her Christian novels have also been awarded or nominated for numerous awards, including the Christy Award and the ECPA Gold Medallion. Francine's novels have been translated into over twenty different languages, and she enjoys bestseller status in many foreign countries including Germany, The Netherlands, and South Africa. Francine and her husband, Rick, live in Northern California and enjoy the time spent with their three grown children and every opportunity to spoil their four grandchildren. She uses her writing to draw closer to the Lord, and that through her work she might worship and praise Jesus for all He has done and is doing in her life.
If the item details above aren’t accurate or complete, we want to know about it. Report incorrect product info.