Tender is the Night - by F Scott Fitzgerald 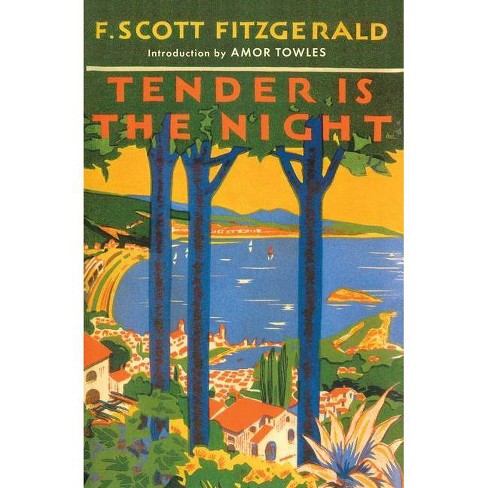 First published in 1934, Fitzgerald's classic story of psychological disintegration was denounced by many as an unflattering portrayal of Sara and Gerald Murphy (in the guise of characters Dick and Nicole Driver), who had been generous hosts to many expatriates. Only after Fitzgerald's death was Tender Is the Night recognized as a powerful and moving depiction of the human frailties that affect privileged and ordinary people alike.

A modern classic, this edition has been restored by Fitzgerald scholar James L.W. West III and features a personal foreword by Fitzgerald's great-granddaughter Blake Hazard and a new introduction by bestselling Amor Towles. Set in the south of France in the late 1920s, Tender Is the Night is the tragic tale of a young actress, Rosemary Hoyt, and her complicated relationship with the alluring American couple Dick and Nicole Diver. A brilliant psychiatrist at the time of his marriage, Dick is both husband and doctor to Nicole, whose wealth pushed him into a glamorous lifestyle, and whose growing strength highlights Dick's decline. Lyrical, expansive, and hauntingly evocative, Tender Is the Night was one of the most talked-about books of the year when it was originally published in 1934, and is even more beloved by readers today.

"I will say now, Tender Is the Night is in the early stages of being my favorite book, even more than This Side of Paradise."
--John O'Hara

"It's amazing how excellent much of it is."
--Ernest Hemingway
If the item details above aren’t accurate or complete, we want to know about it. Report incorrect product info.