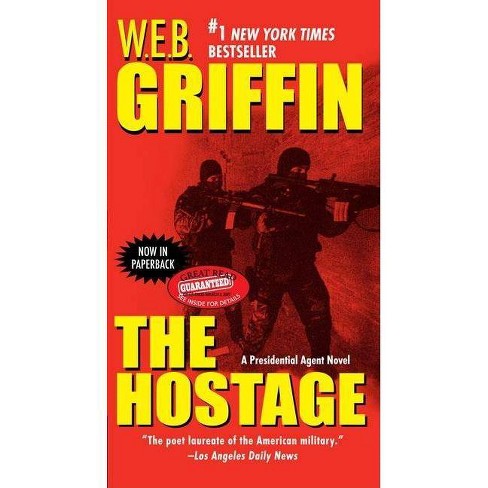 The second novel in Griffin's new bestselling series finds Presidential Agent Charley Castillo investigating the death of an American diplomat in Argentina, the kidnapping of the diplomat's wife, and a scandal tying the United Nations to Iraq. Available in a Premium Edition.

W. E. B. Griffin's #1 New York Times bestselling series finds Presidential Agent Charley Castillo in the middle of an investigation into kidnapping, assassination, and even political scandal in this action-packed thriller.

U.S. Army Special Forces Major Charley Castillo is tasked with a discreet mission by the President himself: to investigate the death of an American diplomat in Argentina and the kidnapping of that diplomat's wife. With the woman's children and family now at risk, Castillo's running out of time to uncover the connections and truth behind it all. Amidst threats, murder, and a scandal tying the United Nations to Iraq, there is also a lot of money flying around--and some people will do anything it takes to get their hands on it...

W. E. B. Griffin is the author of seven bestselling series: The Corps, Brotherhood of War, Badge of Honor, Men at War, Honor Bound, Presidential Agent, and now Clandestine Operations. He lives in Fairhope, Alabama, and Buenos Aires, Argentina.
If the item details above aren’t accurate or complete, we want to know about it. Report incorrect product info.