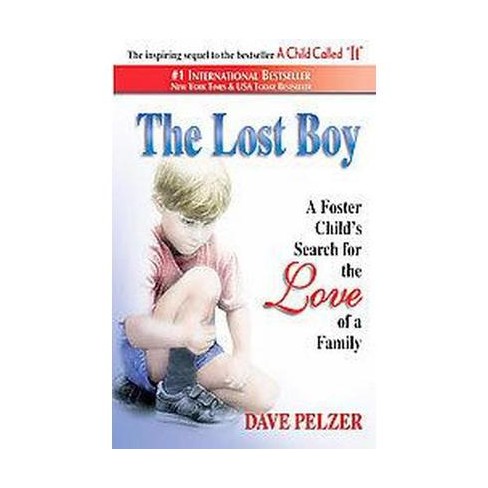 "The Lost Boy" is the harrowing but ultimately uplifting true story of a boy's journey through the foster-care system in search of a family to love. This is Dave Pelzer's long-awaited sequel to "A Child Called "It". The Lost Boy" is Pelzer's story--a moving sequel and inspirational read for all.

Imagine a young boy who has never had a loving home. His only possesions are the old, torn clothes he carries in a paper bag. The only world he knows is one of isolation and fear. Although others had rescued this boy from his abusive alcoholic mother, his real hurt is just begining -- he has no place to call home. This is Dave Pelzer's long-awaited sequel to A Child Called It. In The Lost Boy, he answers questions and reveals new adventures through the compelling story of his life as an adolescent. Now considered an F-Child (Foster Child), Dave is moved in and out of five different homes. He suffers shame and experiences resentment from those who feel that all foster kids are trouble and unworthy of being loved just because they are not part of a real family. Tears, laughter, devastation and hope create the journey of this little lost boy who searches desperately for just one thing -- the love of a family.

Dave Pelzer travels throughout the nation promoting inspiration and resilience. His unique accomplishments have garnered personal commendations from Presidents Reagan and Bush. In 1993 Pelzer was chosen as one of the Ten Outstanding Young Americans (TOYA), and in 1994 was the only American to receive The Outstanding Young Persons of the World (TOYP) award. He was also a torchbearer for the Centennial Olympic Games
If the item details above aren’t accurate or complete, we want to know about it. Report incorrect product info.