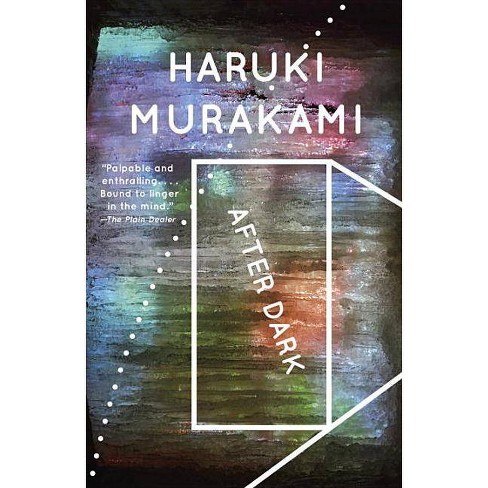 After Dark [is] hypnotically eerie, sometimes even funny, but most of all, it's [a book] that keeps ratcheting up the suspense. --The Washington Post Book World

After Dark is a streamlined, hushed ensemble piece. . . . Standing above the common gloom, Murakami detects phosphorescence everywhere, but chiefly in the auras around people, which glow brightest at night and when combined. --The New York Times Book Review

Murakami is masterful with symbolism. . . . Night . . . can't blacken the ever-shifting shutter speeds of Murakami's cockeyed Kodak. . . . It is straight-ahead jazz with a quiet grace. --The Los Angeles Times Book Review

A bittersweet novel that will satisfy the most demanding literary taste. . . . Murakami's fiction reminds us that the world is broad, that myths are universal-and that while we sleep, the world out there is moving in mysterious and unpredictable ways. --The San Francisco Chronicle

Hypnotically eerie, sometimes even funny, but most of all, it's [a book] that keeps ratcheting up the suspense. --The Washington Post Book World

After Dark is a gripping dream. . . . In Murakami's hands, hope is nothing more nor less than a deep, cleansing breath. --The Boston Globe

What you'll love: The book's spare yet eerily atmospheric scenes will fester under your skin, poking at your equilibrium long after you've finished reading. --The Washington Post

There's a dreamlike quality to Haruki Murakami's mesmerizing new novel, [where] amid the alienation are flickers of hopefulness springing from seemingly random, serendipitous human interactions and connections. . . . Like a latter-day Walker Percy or Albert Camus, Murakami raises questions about perception and existence [and] captures the palpable loneliness and essential unfathomability at the heart of modern life. --The Christian Science Monitor

This strange, mesmerizing, spell-binding, voyeuristic novel is impossible to put down. --The Providence Journal

In After Dark, night seems to be where Murakami was headed all along. . . . He has a natural curiosity about people, a belief that they contain wonders, perhaps none so great as the capacity for human connection. --Newsday