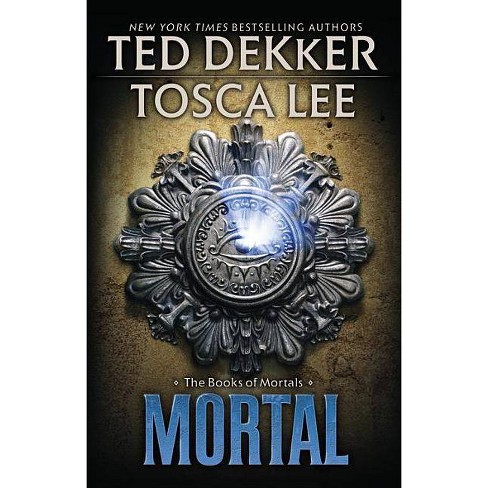 Rom Sebastian discovered a secret and consumed an ancient potion of blood to bring himself back to life. Nine years later, surviving against impossible odds, he has gathered a secret faction of followers who have also taken the blood--the first Mortals in a world that is dead. But the Order has raised an elite army to hunt and crush the living, and no one knows the path to survival.

Centuries have passed since civilization's brush with apocalypse. The world's greatest threats have all been silenced. There is no anger, no hatred, no war. There is only perfect peace...and fear. A terrible secret was closely guarded for centuries: every single soul walking the earth, though in appearance totally normal, is actually dead, long ago genetically stripped of true humanity.

Nine years have gone by since an unlikely hero named Rom Sebastian first discovered a secret and consumed an ancient potion of blood to bring himself back to life in Forbidden. Surviving against impossible odds, Rom has gathered a secret faction of followers who have also taken the blood-the first Mortals in a world that is dead.

But The Order has raised an elite army to hunt and crush the living. Division and betrayal threaten to destroy the Mortals from within. The final surviving hope for humanity teeters on the brink of annihilation and no one knows the path to survival.

On the heels of Forbidden comes MORTAL, the second novel in The Books of Mortals saga penned by Ted Dekker and Tosca Lee. Set in a terrifying, medieval future, where grim pageantry masks death, this tale of dark desires and staggering stakes peels back the layers of the heart for all who dare take the journey.

The Books of Mortals are three novels, each of which stands on its own, yet all are seamlessly woven into one epic thriller.

Praise for FORBIDDEN: "...mammoth twists and head-pounding turns that will have readers and book clubs debating the roles of emotion and logic that drive human existence."
--- Publishers Weekly Dekker and Lee have created an intriguing future world...poised on the edge of vast upheaval. [They] draw readers into it and make them eager to read more..."
--- Booklist "With great plot twists, compelling writing, and unanswered questions, this is a must-read for Dekker fans..."
--- Library Journal "FORBIDDEN: The Books of Mortals rocks with the same level of intensity and brilliance as Dekker's Circle Series. Riveting, resounding, and a magnificent blend of Dekker's and Lee's styles. I devoured FORBIDDEN."
--- James L. Rubart, bestselling author
---

TED DEKKER is a New York Times bestselling author of more than thirty novels with a total of more than 10 million books in print. He is known for thrillers that combine adrenaline-laced plots with incredible confrontations between good and evil.
If the item details above aren’t accurate or complete, we want to know about it. Report incorrect product info.