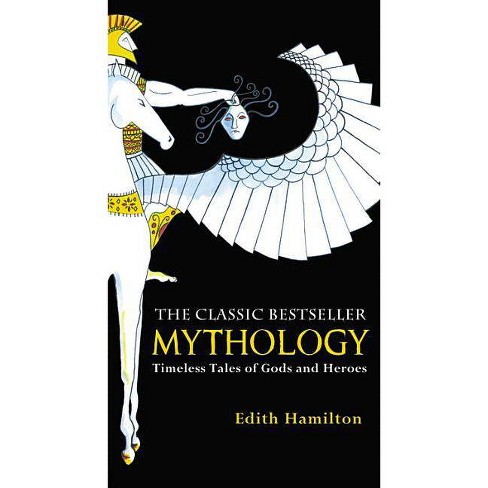 Hamilton's world-renowned and classic bestseller of gods and heroes has enthralled generations of readers, and is now available in a tall Premium Edition. Reissue.

Dive into the timeless tales of gods and heroes in this bestselling A-to-Z encyclopedia detailing classic myths and legends--perfect for curious readers and academics alike.

Edith Hamilton's mythology succeeds like no other book in bringing to life for the modern reader the Greek, Roman and Norse myths that are the keystone of Western culture--the stories of gods and heroes that have inspired human creativity from antiquity to the present. We follow the drama of the Trojan War and the wanderings of Odysseus. We hear the tales of Jason and the Golden Fleece, Cupid and Psyche, and mighty King Midas. We discover the origins of the names of the constellations. And we recognize reference points for countless works for art, literature and culture inquiry-from Freud's Oedipus complex to Wagner's Ring Cycle of operas to Eugene O'Neill's Mourning Becomes Electra Both a reference text for scholars of all ages and a book to simply enjoy, Mythology is a classic not to be missed.

Edith Hamilton retells the Greek, Roman, and Norse myths with a sure taste and scholarship that help to restore their quality as perennial and refreshing fables about human nature, including our own.--The New Yorker

No one in modern times has shown us more vividly than Edith Hamilton 'the glory that was Greece and the grandeur that was Rome.' Filtering the golden essence from the mass of classical literature, she proved how applicable to our daily lives are the humor and wisdom of more than 2,000 years ago.--New York Times

Edith Hamilton (1868-1963) was born of American parents in Dresden, Germany, and grew up in Indiana. Through the first quarter of the twentieth century she was the headmistress of the Bryn Mawr School in Baltimore. Upon retiring, she began to write about the civilizations of the ancient world and soon gained world renown as a classicist. Her celebrated and bestselling books include Mythology, The Greek Way, The Roman Way, and The Echo of Greece. She regarded as the high point of her life a 1957 ceremony in which King Paul of Greece named her an honorary citizen of Athens.
If the item details above aren’t accurate or complete, we want to know about it.

4 out of 5 stars
Would recommend
Jo - 5 years ago, Verified purchaser
I was very pleased with the service. I could track my order and it came in exactly when they said it would. Also product was in good shape.
1 guest found this review helpful. Did you?