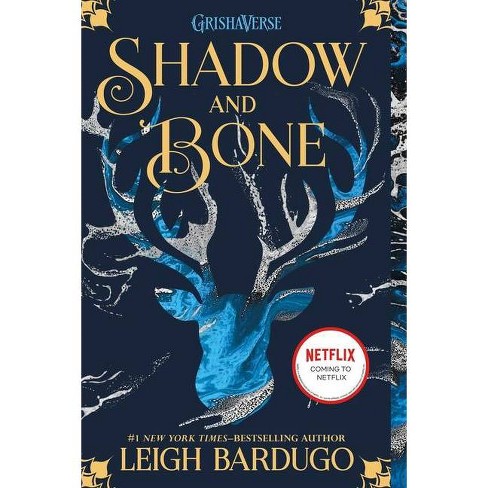 The first novel of the Grisha trilogy. Orphaned by the Border Wars, Alina Starkov is taken from obscurity and her only friend, Mal, to become the protg of the mysterious Darkling, who trains her to join the magical elite in the belief that she is the Sun Summoner, who can destroy the monsters of the Fold.

Enter the Grishaverse with Book One of the Shadow and Bone Trilogy by the #1 New York Times-bestselling author of Six of Crows and Crooked Kingdom.

Soldier. Summoner. Saint. Orphaned and expendable, Alina Starkov is a soldier who knows she may not survive her first trek across the Shadow Fold--a swath of unnatural darkness crawling with monsters. But when her regiment is attacked, Alina unleashes dormant magic not even she knew she possessed.

Now Alina will enter a lavish world of royalty and intrigue as she trains with the Grisha, her country's magical military elite--and falls under the spell of their notorious leader, the Darkling. He believes Alina can summon a force capable of destroying the Shadow Fold and reuniting their war-ravaged country, but only if she can master her untamed gift. As the threat to the kingdom mounts and Alina unlocks the secrets of her past, she will make a dangerous discovery that could threaten all she loves and the very future of a nation. Welcome to Ravka . . . a world of science and superstition where nothing is what it seems. A New York Times Bestseller
A Los Angeles Times Bestseller
An Indie Next List Book
This title has Common Core connections. Read all the books in the Grishaverse! The Shadow and Bone Trilogy
(previously published as The Grisha Trilogy)
Shadow and Bone
Siege and Storm
Ruin and Rising The Six of Crows Duology
Six of Crows
Crooked Kingdom The King of Scars Duology
King of Scars The Language of Thorns: Midnight Tales and Dangerous Magic
The Severed Moon: A Year-Long Journal of Magic Praise for the Grishaverse "A master of fantasy." --The Huffington Post
"Utterly, extremely bewitching." --The Guardian
"The best magic universe since Harry Potter." --Bustle
"This is what fantasy is for." --The New York Times Book Review
"[A] world that feels real enough to have its own passport stamp." --NPR
"The darker it gets for the good guys, the better." --Entertainment Weekly
"Sultry, sweeping and picturesque. . . . Impossible to put down." --USA Today
"There's a level of emotional and historical sophistication within Bardugo's original epic fantasy that sets it apart." --Vanity Fair
"Unlike anything I've ever read." --Veronica Roth, bestselling author of Divergent
"Bardugo crafts a first-rate adventure, a poignant romance, and an intriguing mystery!" --Rick Riordan, bestselling author of the Percy Jackson series

"Set in a fascinating, unique world rich with detail, Shadow and Bone was unlike anything I've ever read." --Veronica Roth, New York Times bestselling author of Divergent Bardugo crafts a first-rate adventure, a poignant romance, and an intriguing mystery all in one book! --Rick Riordan, bestselling author of the Percy Jackson series "Rich, satisfying, and gorgeous, laced with heart-pounding action and pitch-perfect romance." --Cinda Williams Chima, bestselling author of the Seven Realms series and the Heir series "Mesmerizing. . . . Bardugo's set up is shiver-inducing, of the delicious variety. This is what fantasy is for." --New York Times Book Review "The top fantasy book to read this year." --The Huffington Post The darker it gets for the good guys, the better. --Entertainment Weekly "Romantic and magical . . . Plenty of plot twists and betrayals kept us enjoying this richly crafted adventure until the very last page. (P.S. A do-not-miss for fans of Graceling.)"--Justine magazine "Fast-paced and unpredictable, this debut novel will be a hit with readers who love dark fantasy." --School Library Journal, starred review "This gripping debut novel, with a touch of magic and romance . . . will keep readers burning the midnight oil." --Shelf Awareness Danger and duplicity abound . . . in this lavish portrayal of a country reminiscent of Imperial Russia. --VOYA "A rich fantasy landscape, an inspired magical structure, and a gratifying emotional hook keep the pages whirring by until a final twist upends assumptions and lands us smack in the middle of a harrowing climax. " --Horn Book Magazine "Filled with lush descriptions, intriguing magic, and plenty of twists, this memorable adventure offers action and intrigue mixed with an undercurrent of romance and danger." --Publishers Weekly "The plotting is powerful." --Kirkus Reviews "Bardugo weaves a captivating spell with lushly descriptive writing, engaging characters, and an exotic, vivid world. Readers will wait impatiently for the next installment." --Booklist "A well-drawn world, full of deceit and mythology, populated by entirely believable characters. Full of truly surprising twists and turns, beautiful imagery and a protagonist it's impossible not to root for, this is a great choice for teenage fans of George R.R. Martin and J.R.R. Tolkien." --RT Book Reviews "This is one book series you want to get hooked on." --Seventeen.com

Leigh Bardugo is a #1 New York Times bestselling author of fantasy novels and the creator of the Grishaverse. With over three million copies sold worldwide, her Grishaverse spans the Shadow and Bone Trilogy, the Six of Crows Duology, The Language of Thorns, The Lives of Saints, and the King of Scars duology. Her short stories can be found in multiple anthologies, including The Best of Tor.com and the Best American Science Fiction & Fantasy. Her other works include Wonder Woman: Warbringer and Ninth House. Leigh was born in Jerusalem, grew up in Southern California, and graduated from Yale University. These days she lives and writes in Los Angeles