The Butler - by Wil Haygood (Paperback) 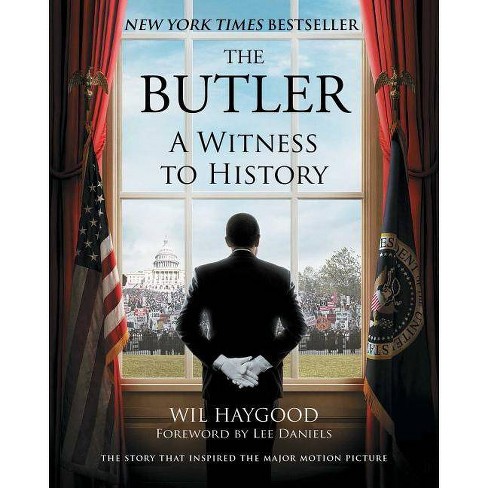 "The story that inspired the motion picture"--Cover.

This mesmerizing companion book to the award-winning film, The Butler traces the Civil Rights Movement and explores crucial moments of twentieth century American history through the eyes of Eugene Allen--a White House butler who served eight presidents over the course of thirty-four years.During the presidencies of Harry Truman to Ronald Reagan, Eugene Allen was a butler in the most famous of residences: the White House. An African American who came of age during the era of Jim Crow, Allen served tea and supervised buffets while also witnessing some of the most momentous decisions made during the second half of the twentieth century, including Lyndon B. Johnson's work during the Civil Rights Movement and Ronald Reagan getting tough on apartheid. But even as Allen witnessed the Civil Rights legislation develop, his family, friends, and neighbors were still contending with Jim Crow America. Timely, "poignant and powerful" (Kirkus Reviews) The Butler also explores Eugene Allen and his family's background along with the history of African Americans in Hollywood and also features a foreword by the film's director Lee Daniels.

"Wil Haygood blends the political with the personal in this portrait of White House butler Eugene Allen. Allen, an African-American, served eight US presidents (from Harry Truman to Ronald Reagan) for 34 years - a span of time that included remarkable gains in civil rights."

A Guggenheim and National Endowment for the Humanities fellow and a writer for the Washington Post, Wil Haygood has been described as a cultural historian. He is the author of a trio of iconic biographies. His King of the Cats: The Life and Times of Adam Clayton Powell, Jr., told the story of the enigmatic New York congressman and was named a New York Times Notable Book of the Year. That was followed--after publication of a family memoir--by In Black and White: The Life of Sammy Davis, Jr., which was awarded the ASCAP Deems Taylor Music Biography Award, the Zora Neale Hurston-Richard Wright Legacy Award, and the Nonfiction Book of the Year Award from the Black Caucus of the American Library Association. In 2009, he wrote Sweet Thunder: The Life and Times of Sugar Ray Robinson, which told the story of the famed New York pugilist known as much for his prowess in the ring as his elegant style outside of it. Haygood is an associate producer of Lee Daniels' The Butler.
If the item details above aren’t accurate or complete, we want to know about it.

The Rule of Benedict for Beginners - by Wil Derkse (Paperback)

King of the Cats - by Wil Haygood (Paperback)

King of the Cats - by Wil Haygood (Paperback)

I Too Sing America - by Wil Haygood (Hardcover)

Into the Void - by Geezer Butler (Hardcover)