The Dragon Reborn - (Wheel of Time) by Robert Jordan (Paperback) 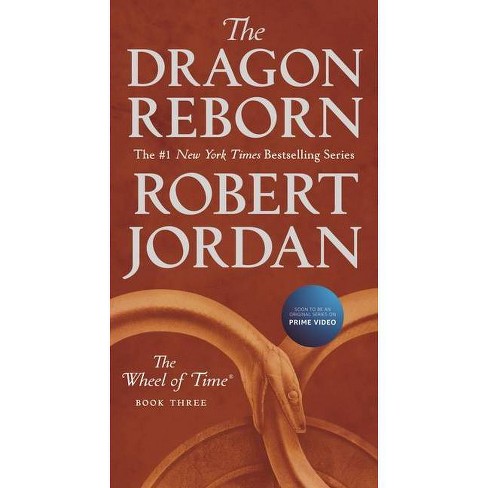 "Winter has stopped the war--almost--yet men are dying, calling out for the Dragon. But where is he? In the Heart of the Stone lies the next great test of the Dragon reborn"--

Soon to be an original series starring Rosamund Pike as Moiraine!

In The Dragon Reborn, the third novel in Robert Jordan's #1 New York Times bestselling epic fantasy series, The Wheel of Time(R), Rand al'Thor undertakes a journey to prove himself worthy of being the Champion of Light. Winter has stopped the war--almost--yet men are dying, calling out for the Dragon. But where is he? Rand al'Thor has been proclaimed the Dragon Reborn. Traveling to the great fortress known as the Stone of Tear, he plans to find the sword Callandor, which can only be wielded by the Champion of Light, and discover if he truly is destined to battle The Dark One. Following Rand, Moiraine and their friends battle Darkhounds on the hunt, hoping they reach the Heart of the Stone in time for the next great test awaiting the Dragon Reborn. Since its debut in 1990, The Wheel of Time(R) by Robert Jordan has captivated millions of readers around the globe with its scope, originality, and compelling characters. The last six books in series were all instant #1 New York Times bestsellers, and The Eye of the World was named one of America's best-loved novels by PBS's The Great American Read. The Wheel of Time(R)
New Spring: The Novel
#1 The Eye of the World
#2 The Great Hunt
#3 The Dragon Reborn
#4 The Shadow Rising
#5 The Fires of Heaven
#6 Lord of Chaos
#7 A Crown of Swords
#8 The Path of Daggers
#9 Winter's Heart
#10 Crossroads of Twilight
#11 Knife of Dreams By Robert Jordan and Brandon Sanderson
#12 The Gathering Storm
#13 Towers of Midnight
#14 A Memory of Light By Robert Jordan
Warrior of the Altaii