The Purpose of Power - by Alicia Garza 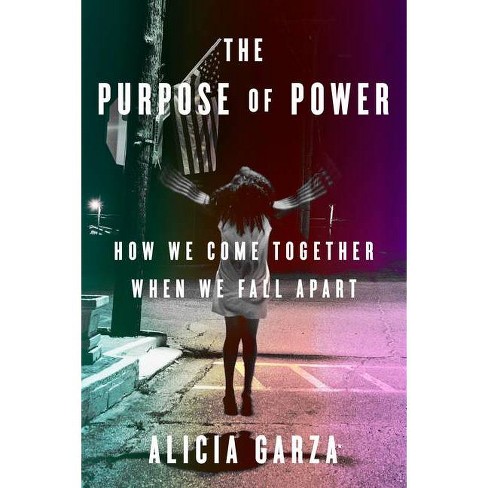 "Coupled with the speed and networking capacities of social media, #blacklivesmatter was the hashtag heard round the world. But Alicia Garza well knew that the distance between a hashtag and real change would take more than a single facebook to cover. It would take a movement. Garza was a lifelong activist who had spent the previous decades educating herself on the hard lessons of organizing. She started as a kid, working on sexual education for her peers, and then moved on to major campaigns around housing, policing, and immigrant and labor rights in California and then nationally. The lessons she extracted were different from the "rules for radicals" that animated earlier generations of lefitists; they were also different than the charismatic, patriarchal model of the American Civil Rights Movement. She instead developed a mode of organizing based on creating deep connections with communities, forging multiracial, intersectional coalitions, and, most of all, calling in all sorts of people to join the fight for the world we all deserve. This is the story of an activist's education on the streets and in the homes of regular people around the country who found ways to come together to create change. And it's also a guide for anyone who wants to share in that education and help build sustainable movements for the 21st century at any level, whether you're fighting for housing justice in your community or advocating for a political candidate or marching in the streets or just voting. It's a new paradigm for change for a new generation of changemakers, from the mind and heart behind one of the most important movements of our time"--

An essential guide to building transformative movements to address the challenges of our time, from one of the country's leading organizers and a co-creator of Black Lives Matter "Excellent and provocative . . . a gateway [to] urgent debates."--Keeanga-Yamahtta Taylor, The New Yorker NAMED ONE OF THE BEST BOOK OF THE YEAR BY Time - Marie Claire - Kirkus Reviews In 2013, Alicia Garza wrote what she called "a love letter to Black people" on Facebook, in the aftermath of the acquittal of the man who murdered seventeen-year-old Trayvon Martin. Garza wrote: Black people. I love you. I love us. Our lives matter. With the speed and networking capacities of social media, #BlackLivesMatter became the hashtag heard 'round the world. But Garza knew even then that hashtags don't start movements--people do. Long before #BlackLivesMatter became a rallying cry for this generation, Garza had spent the better part of two decades learning and unlearning some hard lessons about organizing. The lessons she offers are different from the "rules for radicals" that animated earlier generations of activists, and diverge from the charismatic, patriarchal model of the American civil rights movement. She reflects instead on how making room amongst the woke for those who are still awakening can inspire and activate more people to fight for the world we all deserve. This is the story of one woman's lessons through years of bringing people together to create change. Most of all, it is a new paradigm for change for a new generation of changemakers, from the mind and heart behind one of the most important movements of our time.

"In a year when a long overdue reckoning with racism is once again in the spotlight, Garza's call to action . . . is urgent and critically necessary."--Time "The Purpose of Power is a must-read. Anyone interested in turning the page of our contemptible past toward a brighter future should put this book on their reading list."--Congresswoman Barbara Lee "'Black lives matter' was Alicia Garza's love letter read around the world. The Purpose of Power is another love letter that should be read around the world. It speaks to all that molded Garza, all that molds organizers, all that molds movements."--Ibram X. Kendi, author of #1 New York Times bestseller How to Be an Antiracist "I can think of no greater guide to the difficult work of building movements than Alicia Garza and no greater tome of wisdom for this age than The Purpose of Power, a precious offering to a nation navigating unprecedented crises, for whom movements remain our only saving grace."--Ai-jen Poo, executive director of the National Domestic Workers Alliance and author of The Age of Dignity

"Damn. The Purpose of Power changes everything. I suppose I shouldn't be shocked at this book's audacity, because it's written a young Black woman who literally changed everything. Very few books become national monuments. Even fewer help shape social movements. The Purpose of Power is that rare book that is a monumental movement. It is a liberatory offering. Damn."--Kiese Laymon, author of Heavy "The Purpose of Power cements Garza as a generational leader whose unflinching yet generous wisdom will shape our approach to activism for years to come."--Heather McGhee, author of The Sum of Us "The Purpose of Power is a necessary political history, an expansive theory of liberation, and a personal testament to the power of movement building. Garza helps guide us to greater understanding and faith in our prospects for revolutionary change."--Mychal Denzel Smith, author of Stakes Is High

"The book reveals Garza as not only a superb strategist but a master storyteller. This layered book is for anyone that understands that surviving with dignity is a practice, but fighting for both dignity and survival is a skill."--Malkia Devich Cyril, senior fellow and lead founder of Media Justice

Alicia Garza is an organizer, political strategist, and cheeseburger enthusiast. She is the principal at the Black Futures Lab and the Black to the Future Action Fund, co-creator of #BlackLivesMatter and the Black Lives Matter Global Network, director of strategy and partnerships at the National Domestic Workers Alliance, and host of the Lady Don't Take No podcast.
If the item details above aren’t accurate or complete, we want to know about it. Report incorrect product info.